Renovating a mid-century home without breaking the bank

We’re excited to share the transformation of a lovely, albeit previously tired, mid-century home in Dalgetty Rd, Beaumaris. This home has been given a fresh new life with an uncomplicated makeover, by one of our clever committee members, Carlie Fraser, proving that these homes are ripe for renovation – a much more preferable and environmentally friendly option than demolition! 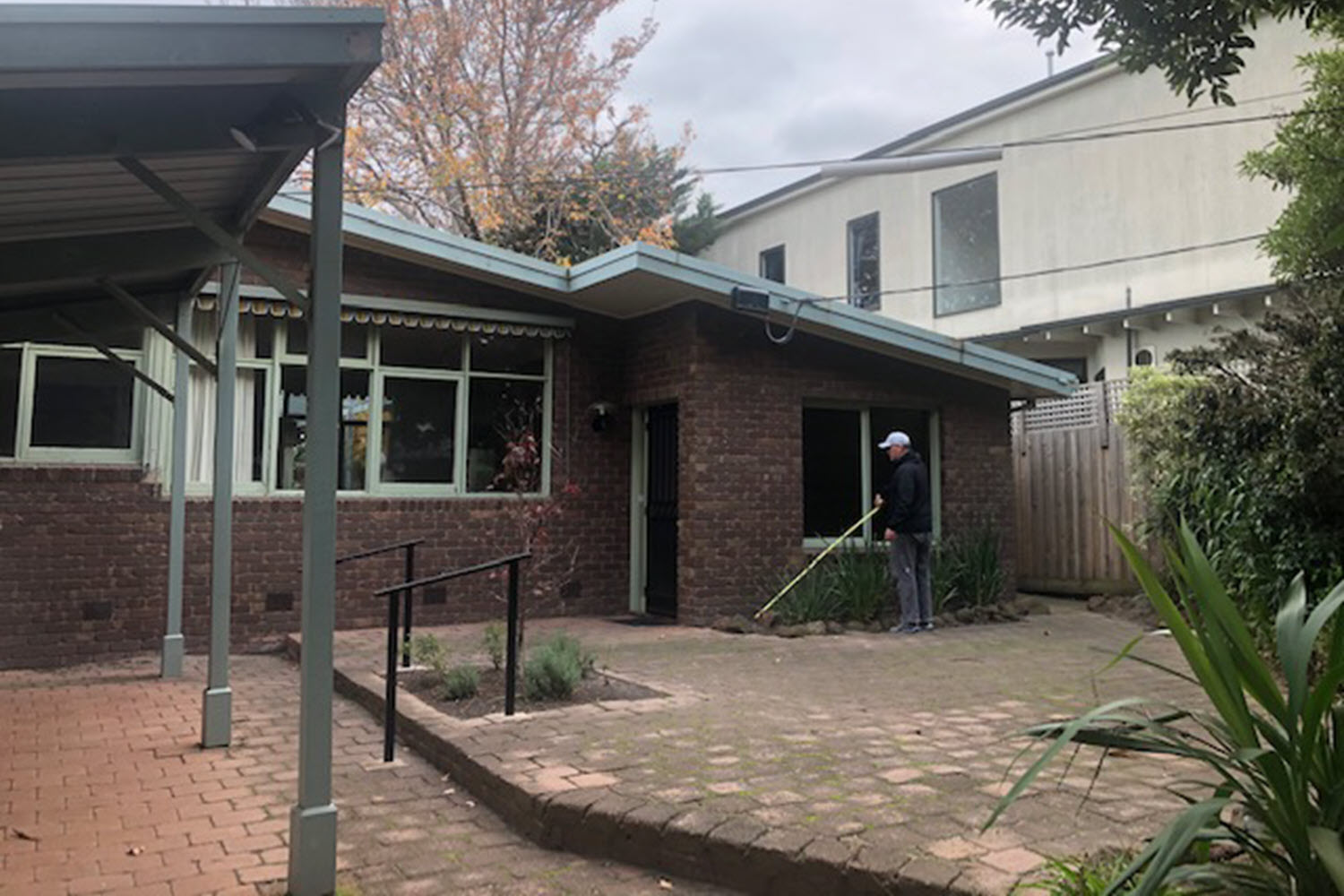 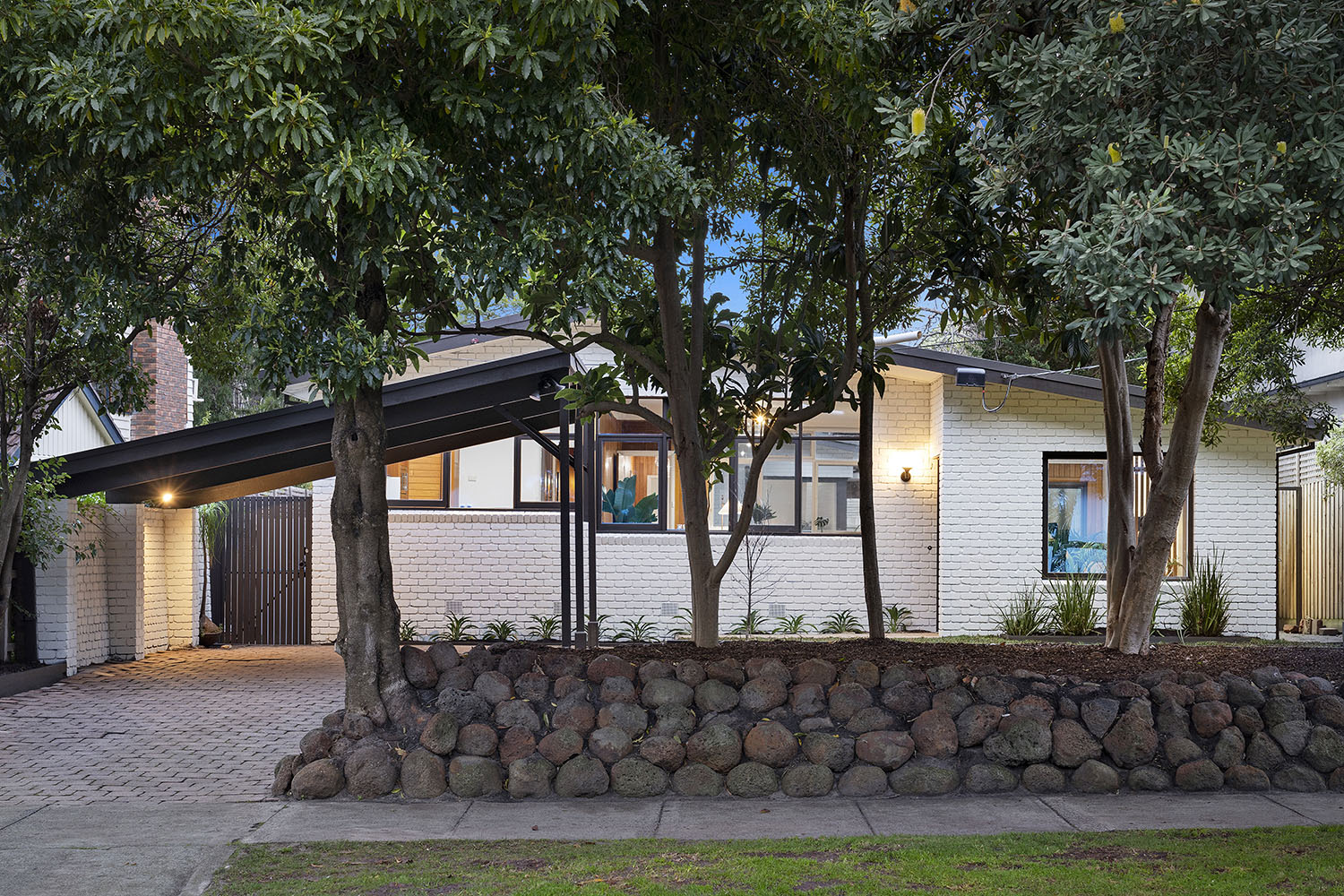 A lick of paint (Dulux Danish Cream) has transformed the drab exterior brick veneer, that was a 70’s addition. The window frames and trims are a warm brown (Dulux Namadji), and the lovely roofline and carport now shine, giving the home huge street appeal. The basic layout of the home was already good, as with most mcm homes. Only one reconfiguration occurred in the split-level living area – moving and opening up the step-up to the upper level for easier transition between the two rooms. Local resident Barbara Lees, from Arkiform, helped with that clever idea.

A timber screen was built for the entry, adding a mid-century feature that appears to have been there forever. The brick interior wall was draining light from the living area, so it was plastered over, but Carlie & co retained all the beautiful timber panelled walls and re-used sections to maximise the impact and avoid it going to landfill. Some special light fittings were re-used. And new carpet & vinyl was laid. 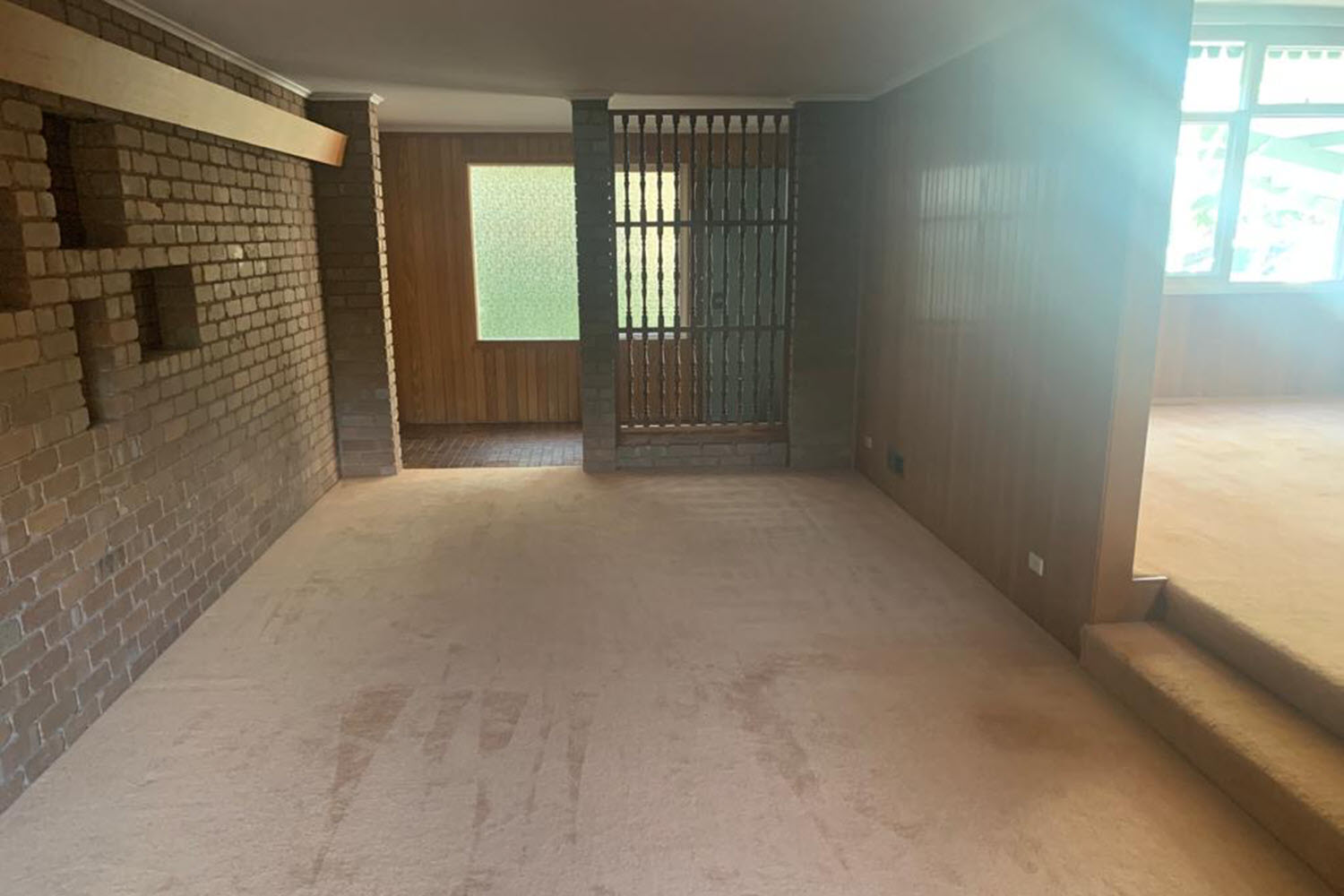 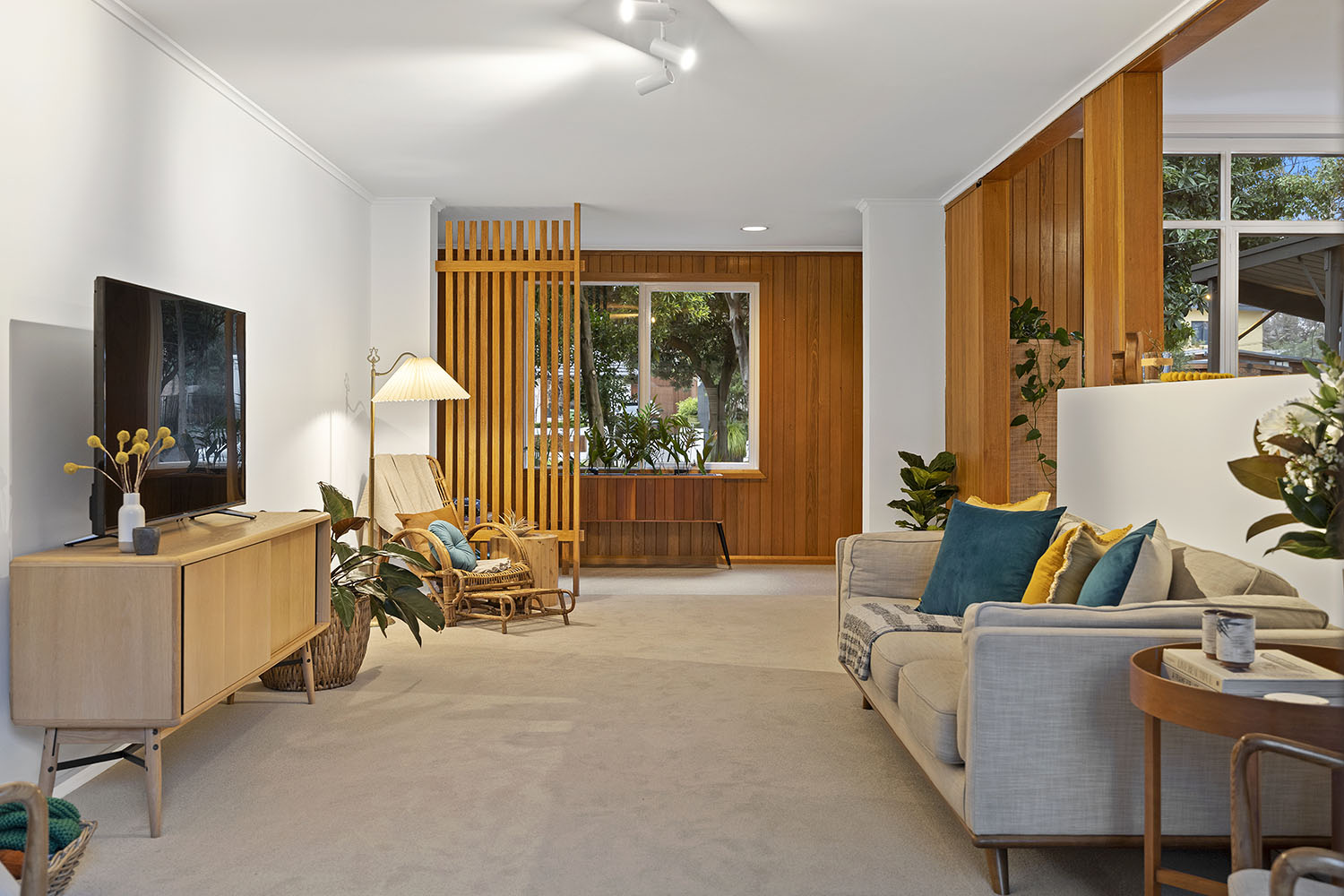 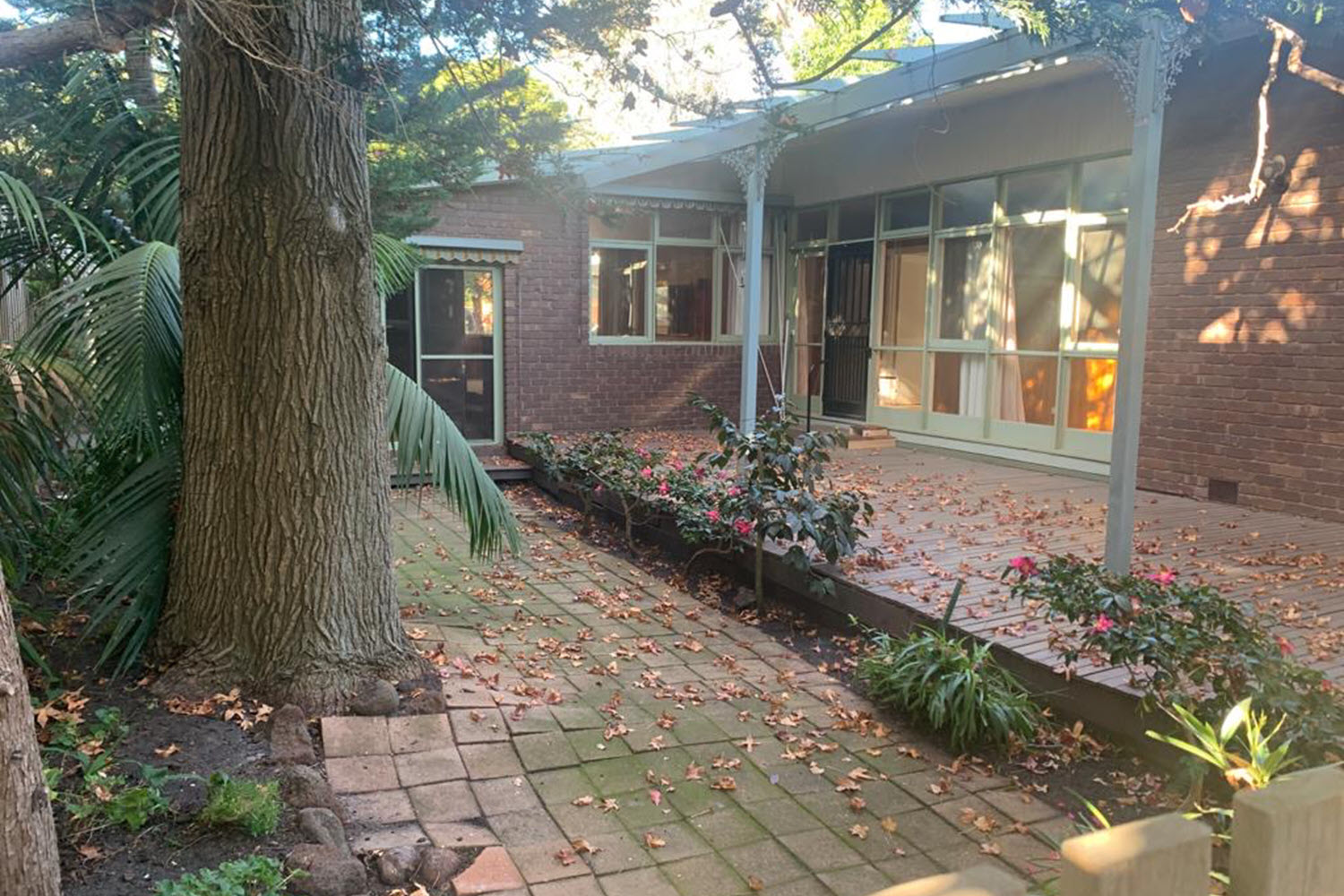 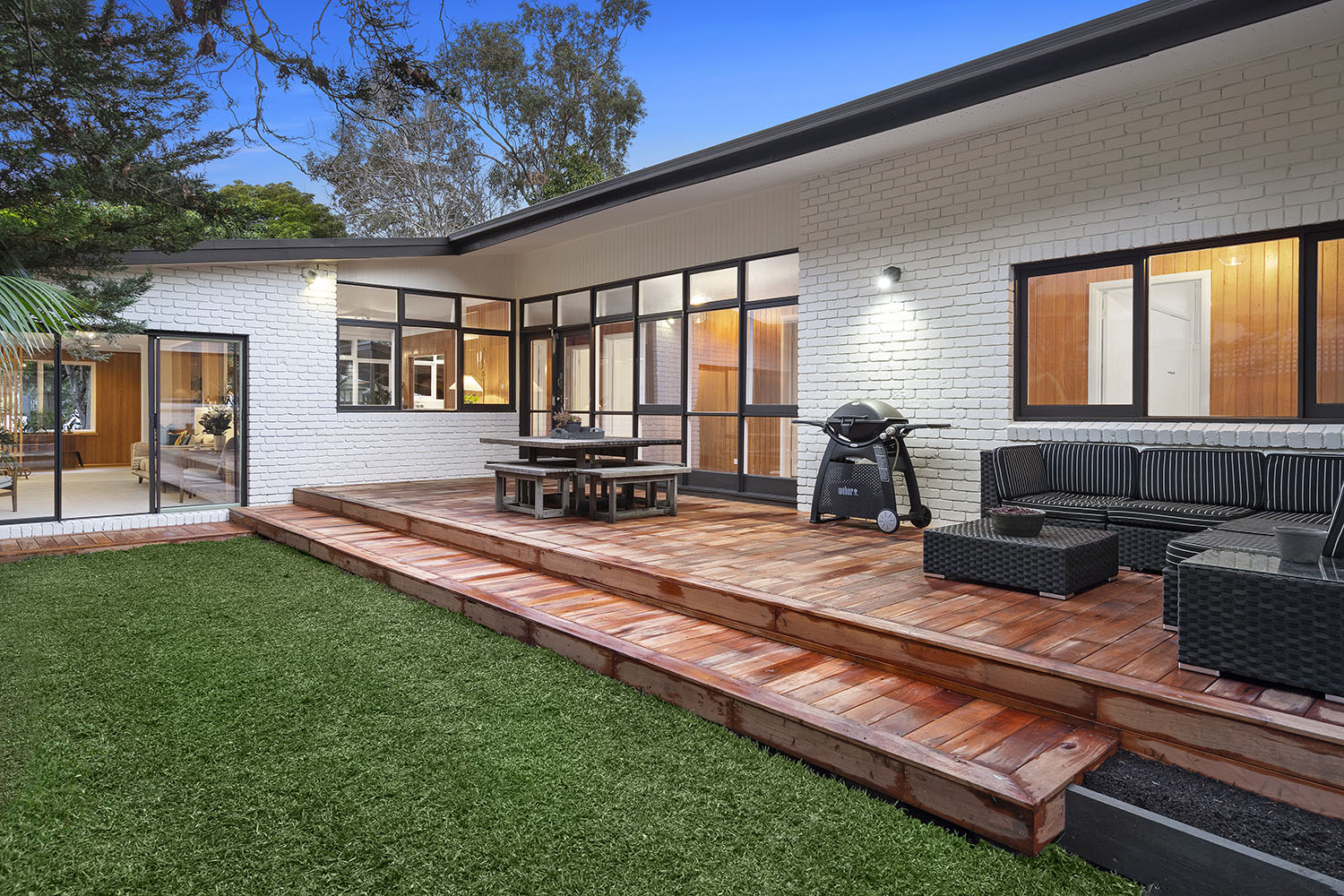 One extra bedroom was added off the stunning, super wide window wall hallway. Existing floorboards were sanded to life and the deck was revived with Karri hardwood. Very simple landscaping maximised the space for a family and made the pool the hero of the backyard.

The original vintage kitchen cupboards and handles were too good to lose, so a freshly painted countertop and tiles gave the units their deserved time in the limelight. 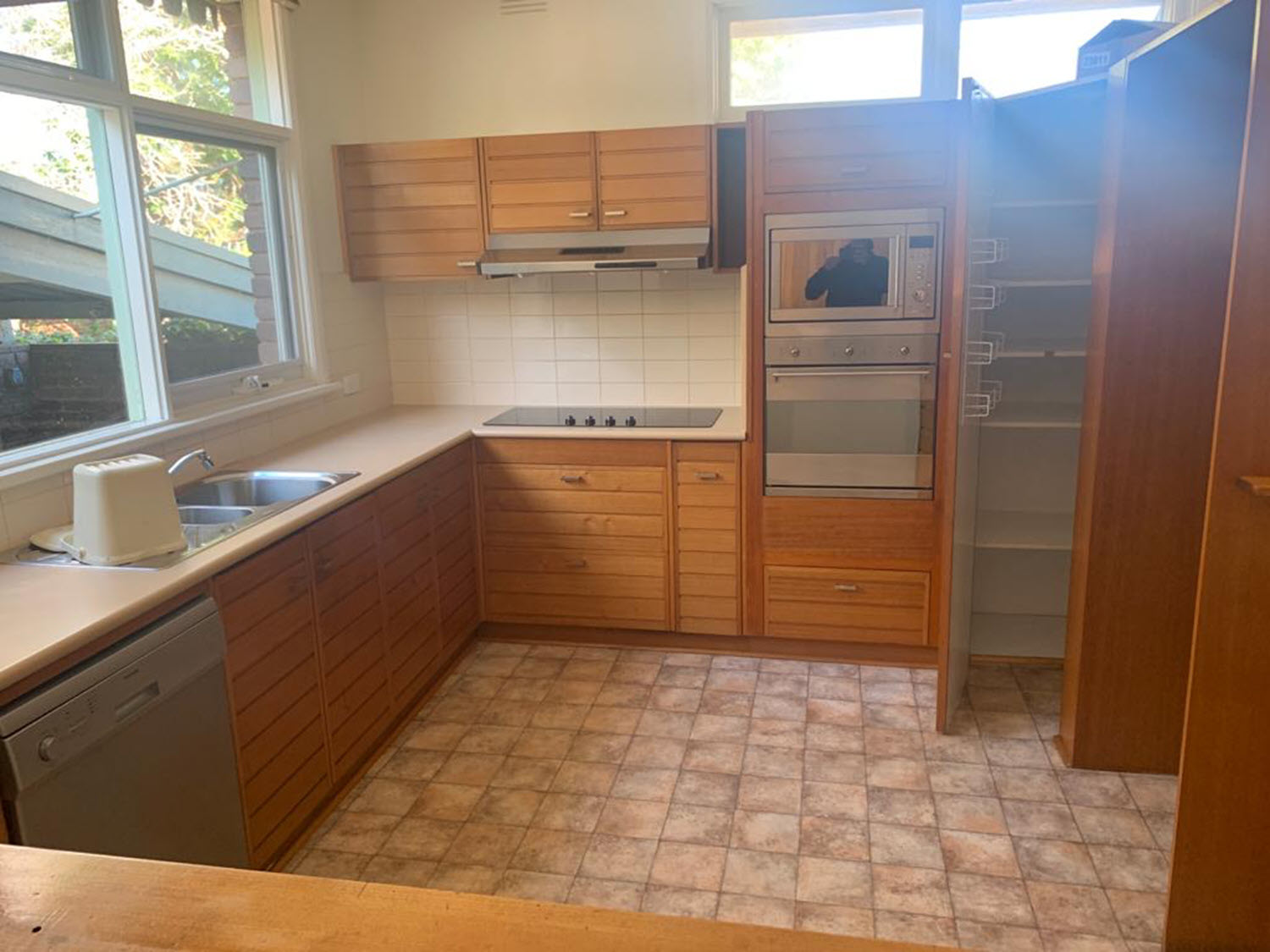 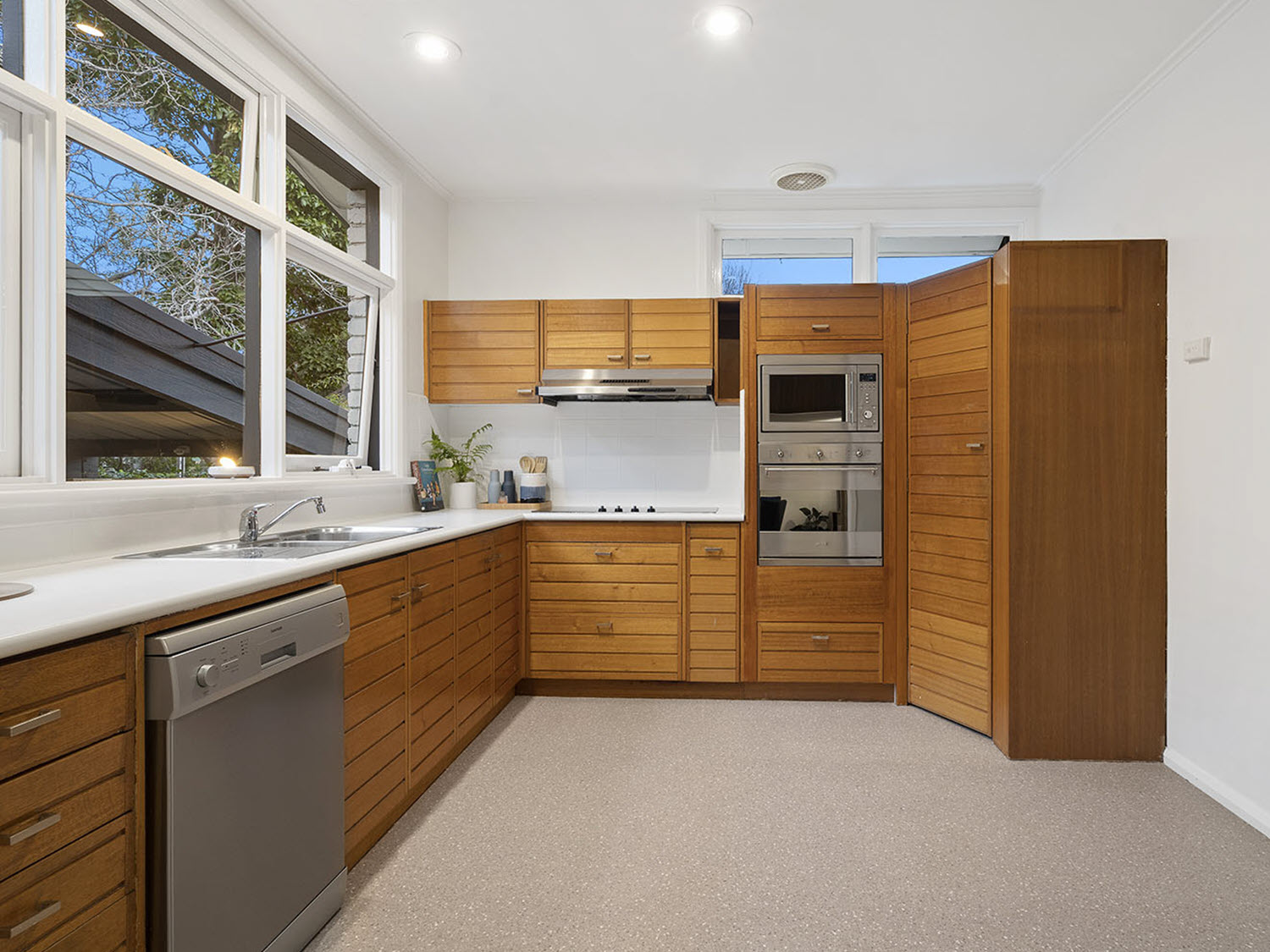 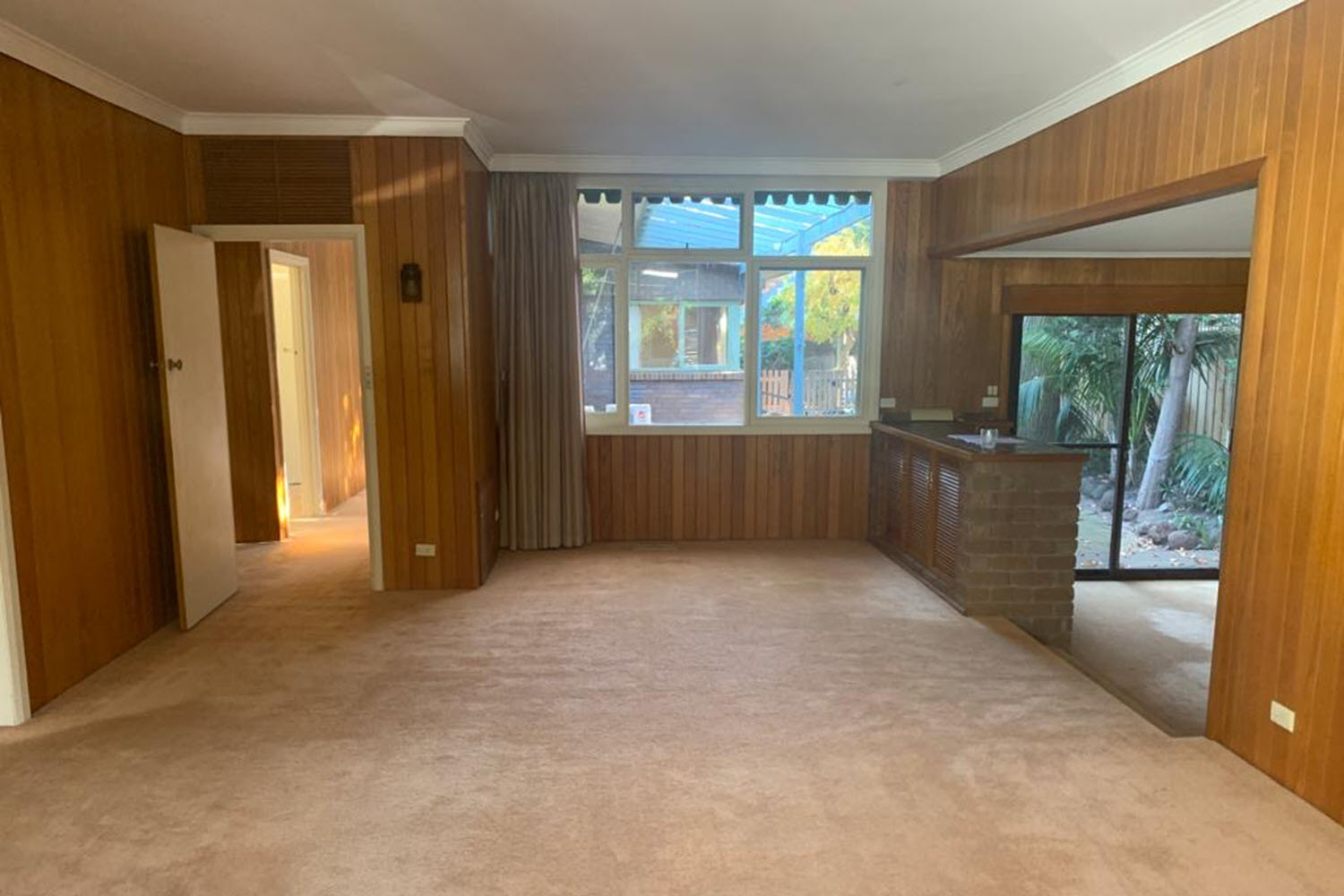 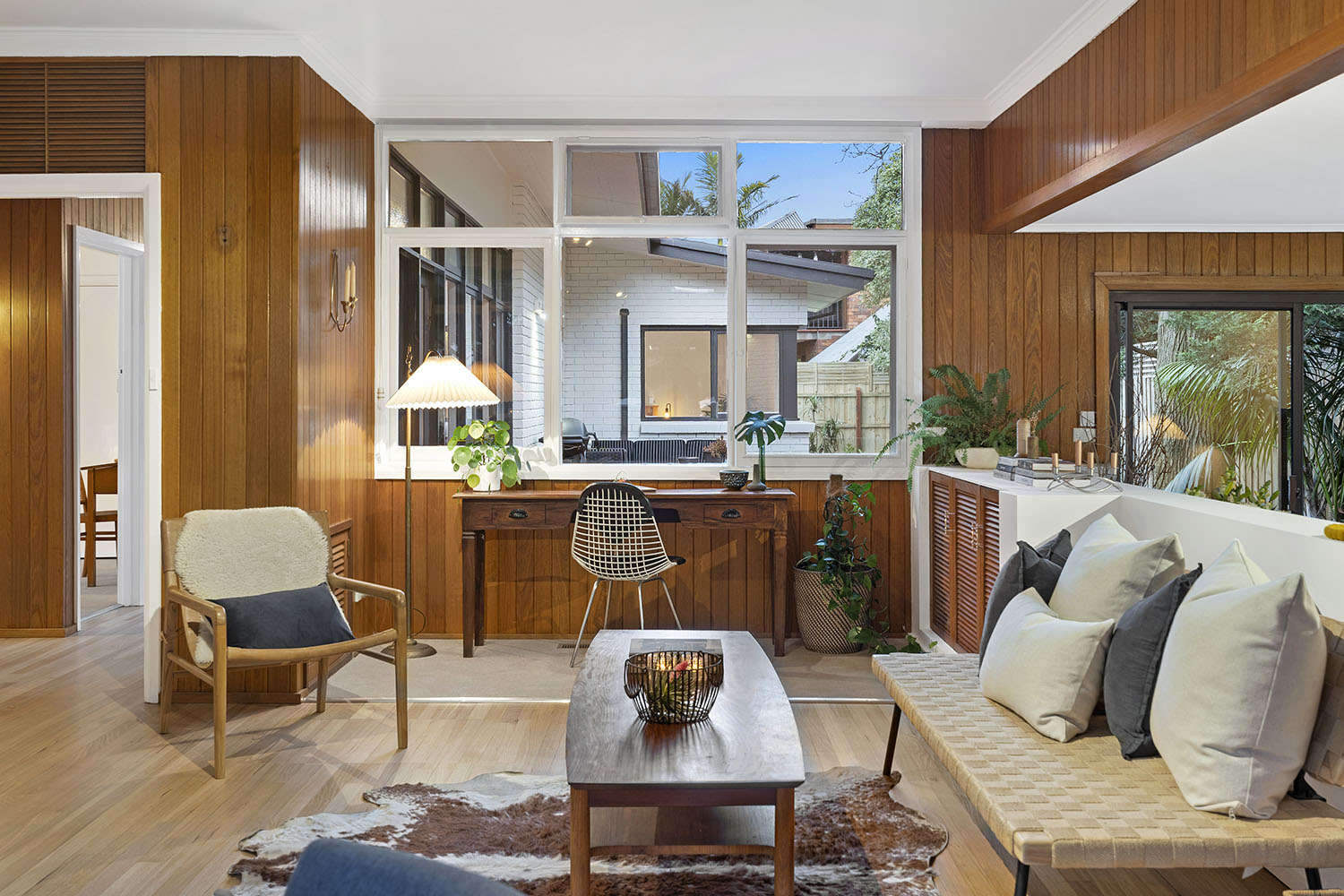 We take our hat off to Carlie (Hygge Spaces and Design) for this beautiful transformation of a 1960’s Beauy Classic. The house is currently on the market via agents Sam Hartrick 0421 272 726 and Peter Kakos 0418 123 993. You can view the listing here.

Will it be your forever family home?

Images thanks to Estate Imagery and Letitia Green.