Beaumaris Library is hosting an month long interactive exhibition BEAUMARIS: Then & Now through until the Easter break and will be open during normal Library opening hours.

This is a community initiative exploring the history of Beaumaris. The idea started when a Welsh visitor, Liz Millman, started finding out about our local history to share with friends in Beaumaris in Wales, and to explore ways to revive links between the communities.

Local historians, community organisations, including Beaumaris Modern and Bayside Libraries became interested in the project. Many offers of photographs and exhibits flooded in and have led to an impressive display in the foyer at Beaumaris Library, which traces a pictorial and text timeline from 5 million year old fossils to the present day.

The Libraries display cabinets include two unique exhibits: a display of significant local fossils, provided by the Bayside Earth Sciences Society; and, examples of Beaumaris’ creative cultural legacy, compiled by Beaumaris Modern, who are hosting an Australian Heritage Festival event titled Design Generation on 9 May.

The organisers are inviting local people to come to the exhibition to share old photos and to tell their stories. Project volunteers are recording these histories, copying old photos, documents and artefacts (with agreement) which is building a local history collection.

The stories, copies of photographs and any interesting old pieces that are relevant to the history of the area, will be posted on the Facebook page Beaumaris: Then and Now and added to the project’s historical record folders. 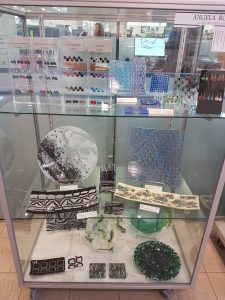 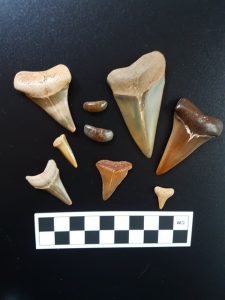 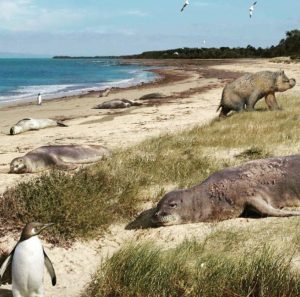 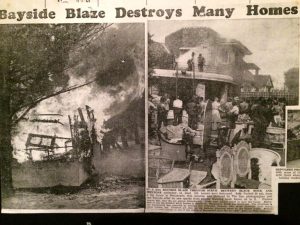 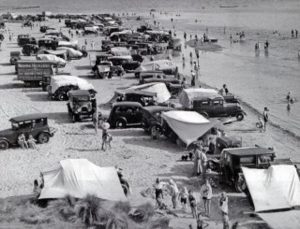 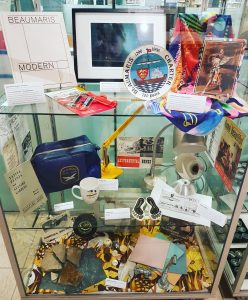 A successful launch event was held at the Beaumaris Community Centre hall on 27 March. The event was hosted by Jamie Paterson of Beaumaris Modern and speakers on the night included:

In parallel with the exhibition, the project team have also instigated the revival of the link between our Beaumaris and it’s namesake, Beaumaris in Wales. That project is titled:  BEAUMARIS: Here & There and there is a separate face book of that name.