A brief history of Beaumaris

For the first 20,000 years, the Bunurong (or Boon Wurrung) peoples of the Kulin nation lived along the Eastern coast of Port Philip Bay.

The Bunurong people loved this land, they cared for it and considered themselves to be part of it. On the bay foreshore and in the surrounding sandbelt scrub, they would have subsisted with an ample food source. Oysters as big as dinner plates, adundant fish in the shallows, numerous edible and medicinal plants and a wide variety of reptiles, birds and mammals would have supplied their needs.

Up to a century later all along the bay shore there was visible evidence of aboriginal shell middens and hand-dug wells.

By the 1850’s with the Victorian colony expanding rapidly, local aboriginal numbers had dwindled to just over 50.

One of the first white settlers was James Bickford Moysey, who built his cottage in what he called ‘the Beaumaris run’.

Moysey, along with several other local settlers had Welsh roots. The name Beaumaris (Welsh: Biwmares) derives from the welsh Town of Beaumaris which is on the Isle of Anglesey, overlooking the Menai Straits. It was originally a Viking settlement known as Porth y Wygyr (“Port of the Vikings”), but the town itself began its development in 1295 when Edward I of England, having conquered Wales, commissioned the building of Beaumaris Castle as part of a chain of fortifications around the North Wales coast.

Meanwhile in our Beaumaris, the Beaumaris Hotel was built in the 1880’s along with the first shop and civic hall. When the Brighton rail line was extended to Sandringham in 1889, visitors from established parts of Melbourne began venturing to bayside ‘resorts’. Initially a horse-drawn tram extended early public transport through Black Rock and on to Beaumaris. This part was later electrified with the horse drawn tram retained from Beaumaris to Cheltenham Station. The accessibility encouraged land developers. But although parts of Beaumaris were developed, the great depression and war put a halt to the trams and any further development.

In 1939, The Dunlop Rubber Company purchased a large area of Beaumaris with the intention of building a ‘garden city’. However, the war and economic shortages put their plans on hold and so by the early 1950’s Beaumaris was largely undeveloped. A large fire in 1944 destroyed many of the earlier homes built in Beaumaris.

This large tract of bushy land by the water was ripe for post war development. Architects and creative people of all fields, including writers, artists, actors, fashion designers, graphic designers, fabric designers, ceramicists and lighting designers were attracted to the natural landscape of the area. All looking for something different to the usual sub divisions.

One of the earliest architects to purchase land in Beaumaris, Eric Lyon, commented that there were over 50 architects living in Beaumaris in the 1950’s. A 1956 publication from the Royal Victorian Institute of Architects (attributed to Robin Boyd) quoted Beaumaris as having “the greatest concentration of interesting houses in the metropolitan area”.

It’s little wonder then that several significant pieces of mid-century industrial design emerged from Beaumaris in the same period. The founder & designer of BECO light fittings, which graced most mid-century houses (particularly Boyd houses) in the 1950’s and 60’s, was Donald Brown. Another local resident was  the designer of the famous Planet lamp, Bill Iggulden.

Beaumaris has a tremendous artistic legacy represented by the many seaside landscapes produced by the Heidelberg School artists starting with Frederick McCubbin, who painted Tea-Tree at Beaumaris (1890) and was followed by Heidelberg luminanies Arthur Streeton, Tom Roberts, Charles Conder & Arthur Boyd. Then in 1919, the ground-breaking modernist painter, Clarice Beckett move to Beaumaris and she was one of the first of her group to use a painting trolley, or mobile easel to make it easier to paint outdoors in different locations.

Beaumaris’ natural landscapes and cultural identity ledmany more artists to reside in the area including Leonard French, winner of the 1960 Sulman Prize and creator of the NGV’s spectacular stain glass ceiling.

In 1953, the Beaumaris Art Group was founded by local artists and ceramicists. Its studio built in 1965, was designed by local architect C. Bricknell and later extended in 1975 by John Thompson. Many local artists have refined and shared their craft through the Art Group, including Joan Macrae and Betty Jennings.

In Beaumaris, architects were using new materials including the Boyd-designed Stegbar Window Wall, to let in light and garden views. Carports were placed at the front of the house to allow for the garden views, houses were placed on the block to gather northern light, and roofs were often flat or skillion, with large eaves. Inside, houses were open plan, full of colour and modern patterns and often featured BECO light fittings and Featherston furniture. But remarkably, none of this was seen as significant enough to consider these homes for heritage listing.

Sadly, 30 years ago, while the rest of Melbourne was busily writing heritage reports to preserve Victorian and Federation style houses and streetscapes in South Melbourne, Middle Park, Albert Park, The Gascoigne Estate, North Carlton and Fitzroy, mid-century modern architecture was not considered.  Due to the fact that many of the mid-century houses being built in Beaumaris were ‘one offs’ – they were often experimental. So once demolished, there wasn’t a similar house next door as is often the case with Victorian and Federation architecture.

Although many of these original mid-century houses have been demolished or irretrievably altered, we are still fortunate to have a pretty interesting collection surviving here in Beaumaris. Of course, not all mid-century houses can be saved, as they were often cheaply built after the Second World War when material shortages and restrictions impacted upon the house size and design. 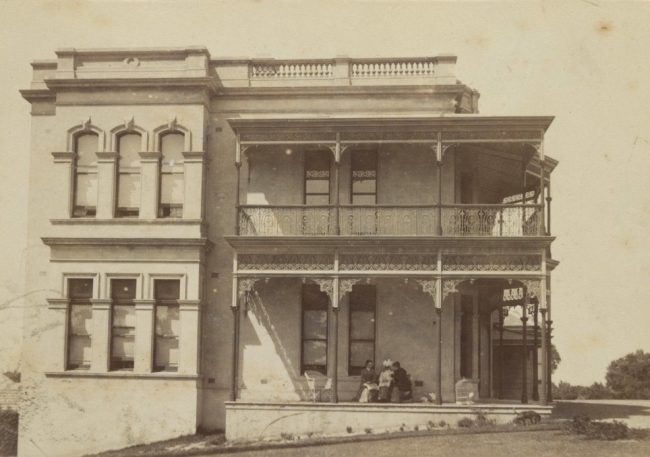 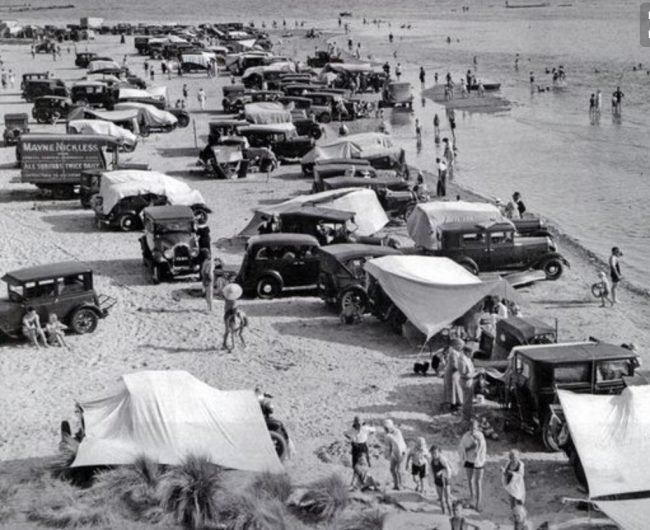 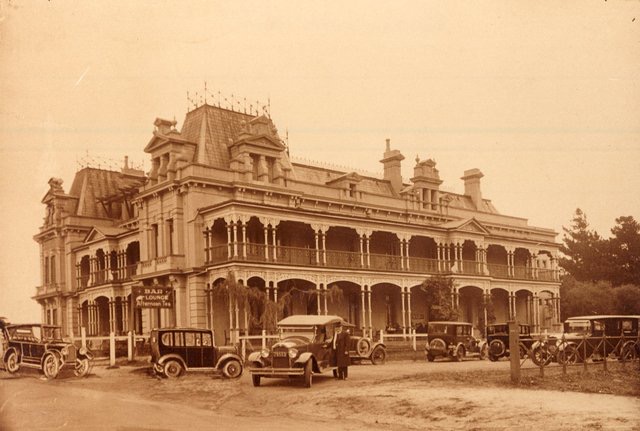 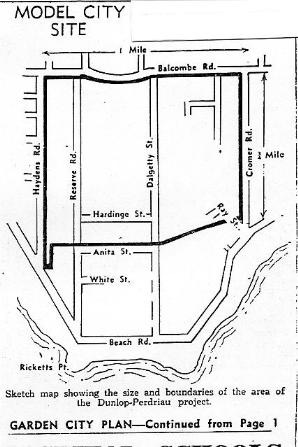 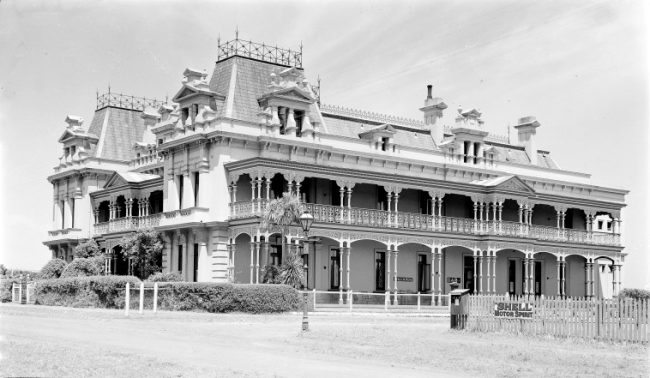 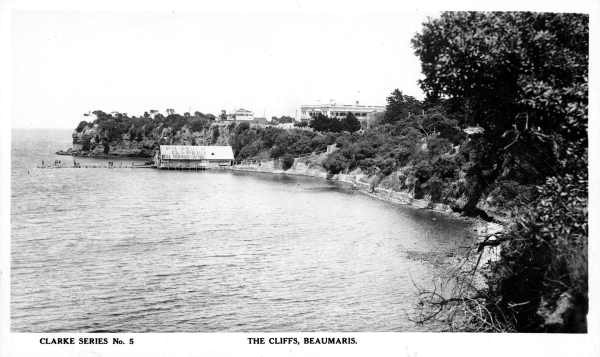 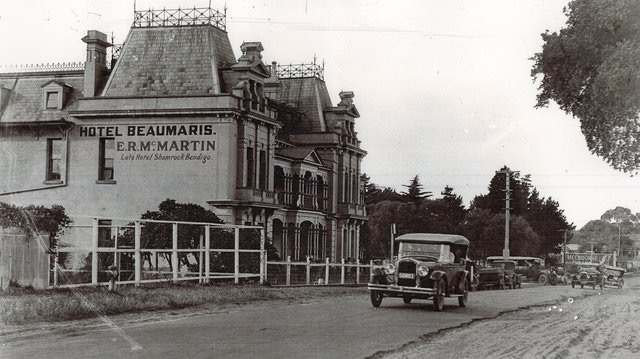 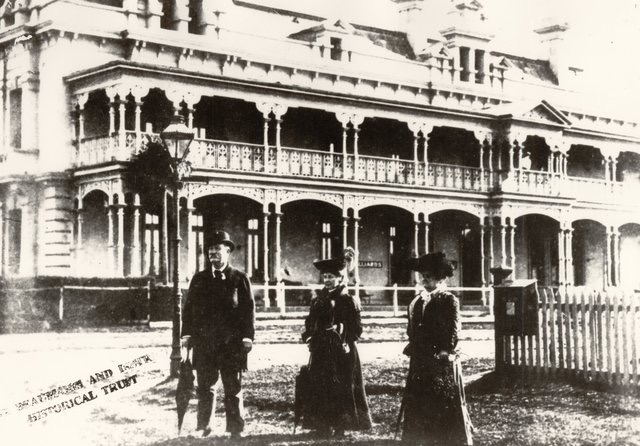 GONE BUT NOT FORGOTTEN #26

Even within the broad closed-set of architect-designed modernist houses in Beaumaris, the work of one particular firm looms large and lavish: the triple-threat triumvirate of Grounds, Romberg & Boyd. Once cannily dubbed by an unnamed contemporary wag as Gruff, Homberg & Boyish, but more readily abbreviated by the catchy portmanteau of Gromboyd, the firm was responsible for at least half a dozen individually-commissioned residences in Beaumaris and Black Rock, to say nothing of perhaps the same number of specimens of its standardised Peninsula House, arguably Australia’s first true blue project house.

While the indefatigable Robin Boyd helmed most Gromboyd projects in Beaumaris and environs, today’s installment revisits a late lamented dwelling that emanated instead from the drafting-pen of Boyd’s mercurial and mustachioed colleague, the redoubtable Roy Grounds. This house, hailing from the firm’s late 1950s acme (ie, prior to its spectacular dissolution circa 1962), was commissioned by newsagent-about-town W J Stephenson (1911-1975). The son of a builder, Stephenson grew up in Caulfield but, after marrying in the 1944, he and wife Jean edged steadily closer to the bay, residing in Brighton and then Mentone before snapping up a site for a new house in Stayner Street, Beaumaris.

We should pause to mention a crucial fact: W J’s wife, June Stephenson (1917-1999) was an easel painter of repute; she worked in a lively and engaging modern style that might be described as post-Post-impressionist (think, semi-Cezanne with a teasp of Matisse). June was a founding member of the Beaumaris Art Group when it sprung forth in 1953, and her artwork featured in the club’s maiden exhibition that year. More trenchantly, she was one of a handful of early BAG members whose penchant of visual delight was such that they commissioned houses in Beauy from top-rung architects. Enter Roy Grounds. Befitting June’s aesthetic tastes, she and her husband received a smartly modern dwelling with low-pitched roofline and vast window walls. Way ahead of its time, it included a number of features that, while boringly ubiquitous now were startling back then, such as double garage and a master bedroom with en suite bathroom. There were three more bedrooms for the large-ish Stephenson family, and a dedicated studio for dedicated artist June.

The Stephensons resided therein for over a decade before retiring to Queensland in the early 1970s. Fortuitously, this at least coincided with the recent ennoblement of the home’s architect, so when the family offered the place for sale, it could be shamelessly plugged as “unique and attractive brick house designed by Sir Roy Grounds”. It had several subsequent owners and, latterly tenanted, still remained extant in 2008, when the local authority embarked upon a long-overdue heritage survey of mid-century marvels. The consultant on that project was perhaps the last person ever to photograph the house in the flesh, as it was quietly demolished before more detailed research and assessment could be undertaken. Ashes to ashes, grounds to grounds.

Share on FacebookShare on TwitterShare on Linked InShare by Email